Published on August 7, 2017 by Timothy Carman 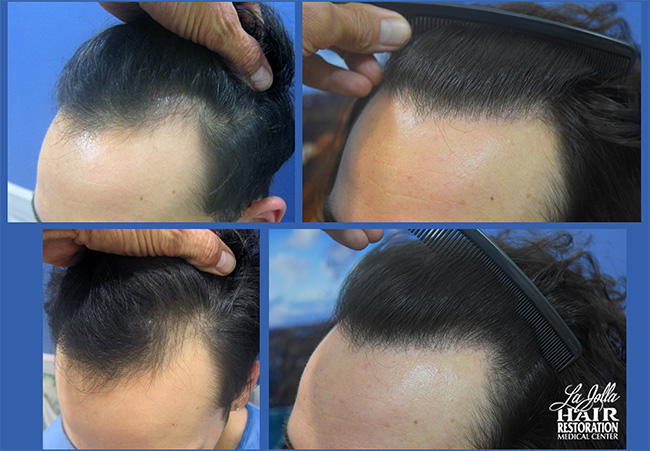 History: This 23-year-old male presents with complaints of hair loss involving the frontal hairline. He has become particularly concerned about the recession that has occurred bilaterally. His family history is unhelpful for predicting future loss, as he is adopted. He is concerned about future losses as well as improving his current appearance.

Physical Examination:  This patient, at his young age, exhibits a Norwood 2 pattern, with loss of the definition in the frontal hairline. The hair quality in the first one to two centimeters of his currently poorly defined hairline are characterized as thin and wispy, as they are hairs which have been miniaturized by the effects of DHT. The patient’s donor area shows a density of 85 follicular units (FU)/cm2; he has average to above average donor laxity; and there is no miniaturization present in the donor area. 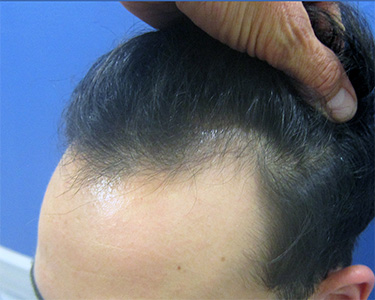 Plan:  The plan for this patient is to create a natural-appearing hairline that will appropriately frame his face. Most importantly, the design needs to be conservative, in that the shape and location need to accommodate the reality that as he ages he will require future procedures to fill in areas behind the hairline that is created right now. Communicating this reality to a young patient is critical in order to reign in his expectations of what is possible. This education to create realistic expectations is the cornerstone of the practice of a top-tier surgeon, in all patients, young and old. From a medical management point of view, it should be noted that the patient also chose to start finasteride 1 mg/day to slow future losses.

Procedure:  The patient underwent strip-excision donor harvest with a dimension of 11 cm x 1.2 cm, which yielded 1,389 FU grafts. He had minimal tension on closure. Grafts were stored in HypoThermosol solution and liposomal ATP (10:1 ratio). One-hair FU grafts are always placed in the leading-edge area along the length of the hairline, followed by the 2- and 3-hair grafts successively behind. The staggered placement, size, density, and angulation of the incisions for follicular-unit placement are all factors that comprise the artistic elements of an artistically modeled hairline. Results:  The patient is shown before and 26 months following his hair transplant session, as described above, in which his hairline appears significantly more natural and fuller due to the high quality of the grafted follicular units from the non DHT-sensitive donor region placed in a natural-looking shape and location for the patient’s age, facial shape, and ethnicity.